I was born on 10th April 1985 in Tychy and grew up with my younger sister Ewa.I have always known that art and culture, in their broadest meaning, would become my professional ‘playground’. From an early age I have been participating in singing and recitation competitions. The journey in entertainment industry has begun while still in high school, when I took up acting course in Katowice. Upon graduating, there was not a shadow of a doubt in my mind that I was going to try my hand at acting. I had a clear plan for my future self.I studied at the School of Acting at the Silesian Theatre in Katowice, and Cultural Studies at the University of Silesia simultaneously. In 2007 I bid farewell to the School of Acting upon completing the course, and Master’s degree in Theatre Studies’ specialization at the University of Silesia came two years later. Eager to continually develop and expand my knowledge and broaden professional horizons, 2009 saw my enrollment in a postgraduate. Journalism and Social Communication studies at the renowned Jagellonian University in Krakow. Whilst there, I commenced hosting my own radio show “Krakowska Jazda” in RADIO17. The two years spent as a radio presenter strengthened me belief that media was most certainly the ideal place for me. Being noticed in industry-related competitions was a further affirmation of this notion. I reached semi-finals of “TV Personality” (TVN Warszawa) and Presenters and Face Eska TV. My adventure with television has begun in 2011 – “Monitor Gospodarczy” (“The Economy Watchdog”) proved to be the turning point.

Nevertheless, I has never forgotten that the theatre stage is my second home. The decision to conclude my theatre education with gaining professional theatre actress privileges was a natural progression. I successfully sat the Extramural Acting Examination before ZASP’s (Polish Stage Artist’s Association) panel on first attempt in 2012.

Being fully aware of the importance of experience in the industry, I took part in numerous journalism and media workshops, as well as training sessions at the prestigious TVP Television Academy (National Polish Television Corporation). The driving force behind all of these undertakings was my dedication to becoming well equipped to take on a role of an anchorwoman to the best of my abilities. Putting emphasis on development, I also participated in dubbing, press, radio and television workshops. At the same time I began to front a variety of events. I worked as activities coordinator and actress in interactive performances for children for many years. This has given me great confidence and a sense of freedom on stage, which in turn made enabled me to easily establish rapport with the audience. I immediately felt fulfilled in this role, and each subsequent appearance before either dozens – or a few thousand – strong audience has not been a problem for me. Since 2010, I has been intensely active in the events industry, working with art agencies and event organizers.

In May 2014, I founded my own business, “AB – CREATION”. In 2015, I was a presenter of the program “Kierunek Zdrowie” (first season) broadcast on TVP3 Katowice. And now I am a co-producer and a host in the program “Dobrze Wiedzieć” which can be seen in TVS Television.

I completed a three-year long programme at the Actors’ Theatre, Silesian Theatre in Katowice. In the Diploma spectacles I starred as: the lead role in “Balladyna”, directed by Jerzy Głybin; Elwira in “Don Juan x3”, directed by Ewa Zembok; and Cat in musical “Mrukoty, czyli kotodram na 13 kotów, wąsy i ogon” (“Murkoty, or ‘catdram’ for 13 cats, a moustache and a tail”), directed by Jacek Szarański. In 2012 I passed Etramural Exam before the ZASP (Polish Stage Artist’s Association) gaining the title of Actress in a Drama. I has appeared on stage of the Silesian Theatre in Katowice and the Polish Theatre in Bielsko-Biala. Currently, I can be seen in the Small Theatre in Tychy, where I embodies the character of Klara in “Śluby Panieńskie” (“Noblemen’s Marriages”) as well as Henryka in the performance “Beak to Beak.” Also at present, I am perfecting my monodrama entitled: “Hotel Babylon”, based on Miro Gavran’s drama directed by Paul Drzewiecki.

Since 2011 I has been anchoring a promotion and information programme “Monitor Gospodarczy” (“The Economy Watchdog”) aired on Polsat Cafe, Polsat News, Polsat News 2.

In 2015 I was the presenter of the program “Kierunek Zdrowie” broadcast on TVP3 Katowice.

Since 2016 I have been the co-producer and the host of the program “Dobrze Wiedzieć” which is broadcast on TVS.

I am ambitious and progressively improves my skills by training at the prestigious Academy of Television TVP (National Polish Television Corporation). My CV also boasts radio experience- for two years I ran my own programme, “Krakowska Jazda” in RADIO17.

As a compere, Ihas spent hundreds of hours on stage, tirelessly working for her clients. With attention to every detail, even a few thousand-strong audience find themselves engaged and given comprehensive care. I am efficient and a natural in adjusting to short-notice changes and managing crisis situations. Focus on achieving my objectives, building relationships and timely execution of tasks are part of my proffesionalism. Thanks to my positive attitude, I quickly finds myr ground in a new working environment, builds relationships easily, and performes well in building the image of the represented brand. 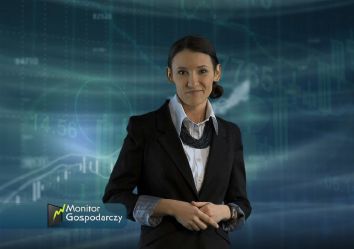 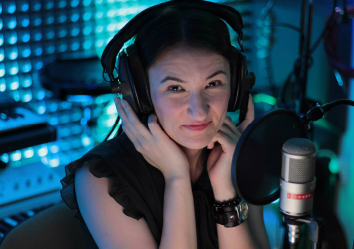 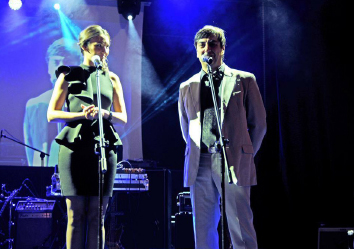 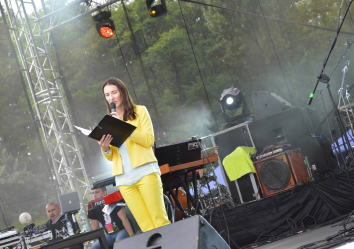 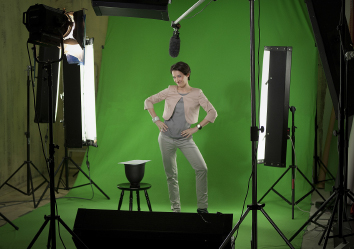 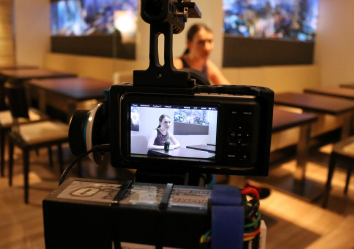